Vikings loved games of skill and we do too!

Our Nordic throwing games are traditional games that involve wooden blocks, balls and rings. They might seem simple at first, but they involve accuracy, strategy and skill, and are highly addictive! 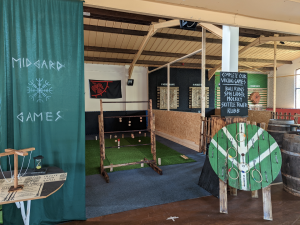 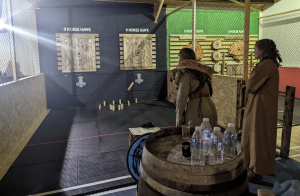 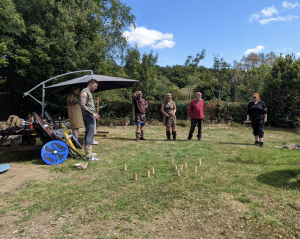 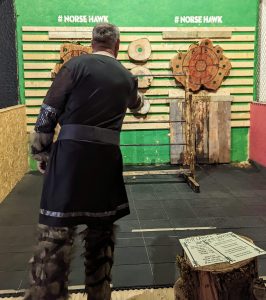 BULL RINGS – a quoits game originally played by Icelandic farmers, who would attempt to throw hoops of rope onto the horns of their cattle. Our version involves throwing rope-hoops onto hooks mounted on one of our old shields. Each hook has a different score, and players must compete to be the first to reach 25. Though, as with most of our Nordic games, there is a bust element!

MOLKKY – Finnish skittles, it’s highly addictive and our most popular game as every game round is different. Players take it in turns to knock over numbered pins, scoring depending on whether they knock over one pin or several, with more accuracy needed as the pins become more spread out after each throw. Again, it sounds simple, except players must finish on 50 exactly to win, if they bust they lose points, and if they score nothing for three consecutive throws they are out of the game. 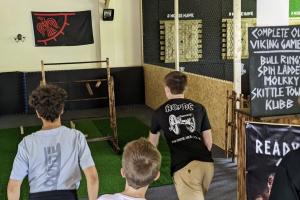 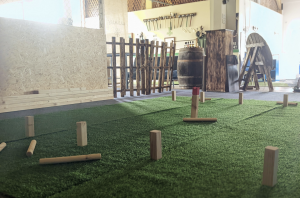 KUBB – means “wood log” in Norwegian, and is a game between two teams. Each team has a baseline or defensive line of Kubbs, or soldiers, the objective is to knock over and defeat the other teams Kubbs, then knock over the King that sits in the middle of the playing field. It’s a  game that is perfect for families and friends, as Kubbs can be stolen from the opposing team to create new lines of defence, meaning advantages go back and forth and games get highly competitive.

STIGE – Swedish for “ladder”, or “Spin Ladder” as it’s often called, was played by Vikings at sea in their longboats, who would attempt to throw lengths of rope around their oars. Our modern version of Stige involves throwing bolle’s – two wooden balls connected by cord, and trying to successfully wrap them around rungs on our giant Stige ladder. Each player or team has three bolle’s to throw, each rung on the ladder has a different score and the winner is the first to reach 21. This game involves hand-eye co-ordination, strategy and a bit of luck, as you can attempt to knock the opposing player’s balls off the ladder.

THOR’S TOWER – maybe not a traditional Norse game, but it’s definitely a well-known one. Our giant Thor’s tower sits outside, on our log round round table in front of “Thor’s bar.” Players gather around the log round and take it in turns to pull out a wooden block and place it on the top of the tower. As the tower grows taller, players must stand on log rounds to reach the blocks, taking care not to knock the tower over as it grows more unstable. 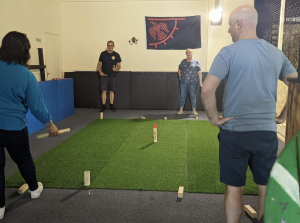 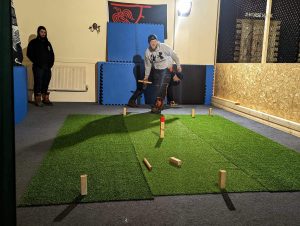 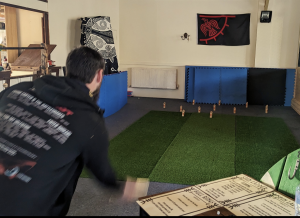 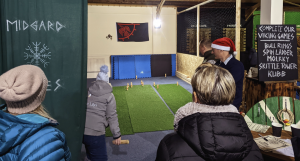 BOOK TO PLAY ALL OF OUR NORDIC GAMES OR JUST CHOOSE ONE OR TWO.

They are a great activity for all ages, can be added to an Axe Throwing session, Birthday party, Team-building day or just a fun afternoon by itself.

EMAIL US: info@norsehawk.org for available dates 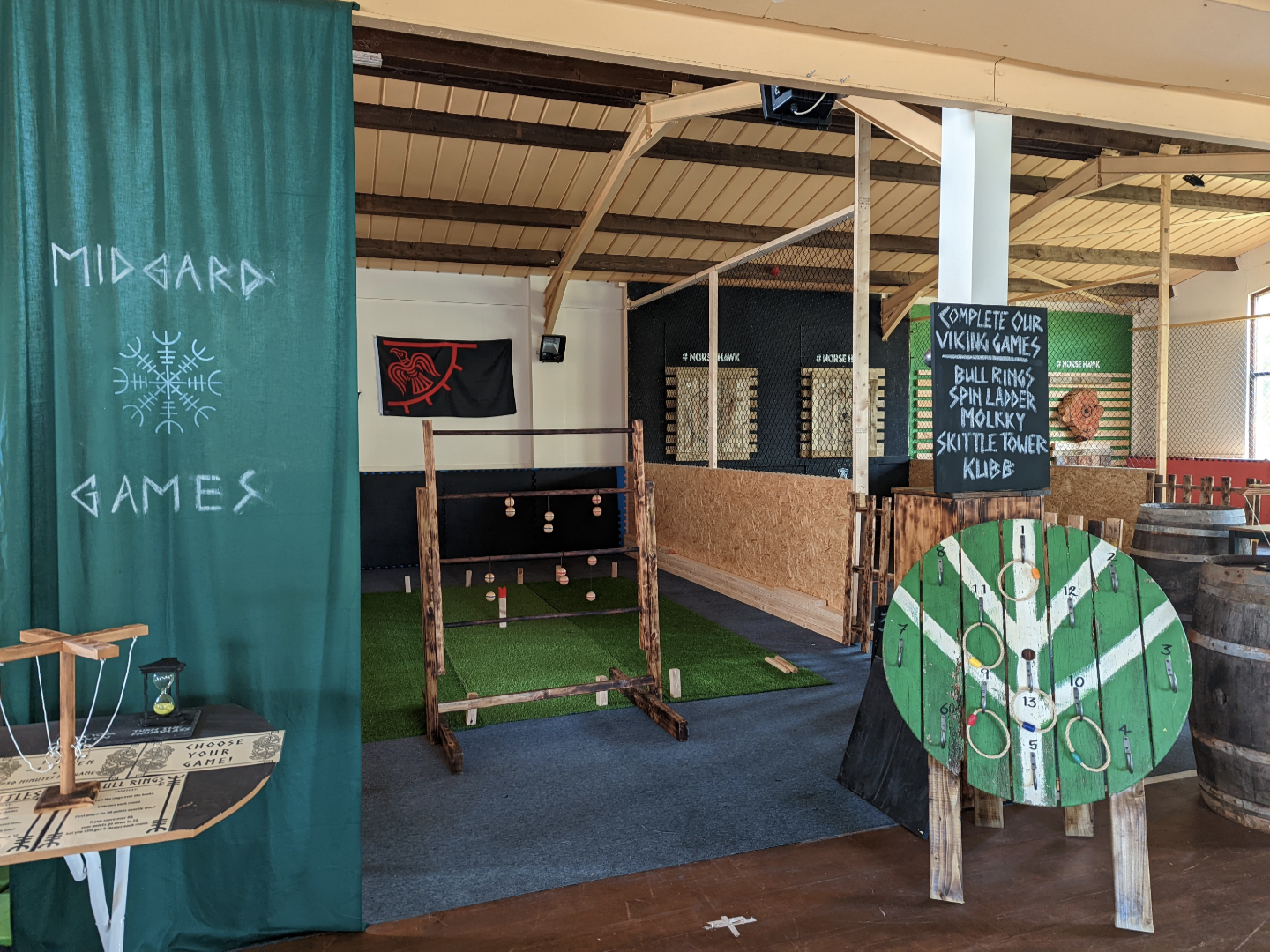 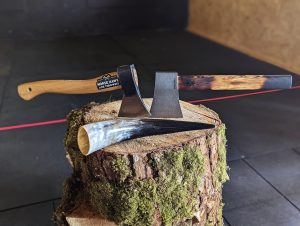 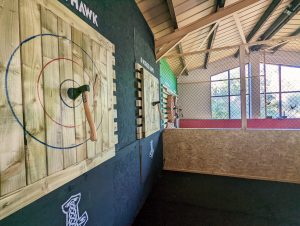